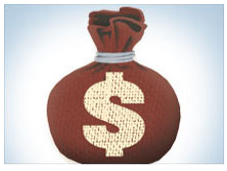 Startups have several options for funding purposes. But raising the money to run the business takes time and lots of meetings. Some investors are often the business founders themselves, using savings, mortgage loan proceeds, or funds borrowed from family and friends. They may also be outside angel investors, venture capitalists or accredited investors who are acquainted in some way with the founders. The advantage of raising money from friends and family is that they’re easy to find. You already know them. The basic disadvantage: you mix together your business and personal life. Most of these startups have grown past the family and friends stage and are pitching to angel investors or venture capitalists. And that means lots of pitches and investor meetings. The following startups secured funding to improve products, expand services or generally for growth purposes.

# Singly, a developer of a web-based service which allows for the transfer of personal data and information via a software API,  raised $7M in a Series A funding round. The round was led by Foundry Group.

# LED Engin, a developer of solid state lighting components and optics,  completed a Series E funding round. Size of the orund was not disclosed. The round was led by GVT Fund.

# Locu, a developer of software being applied to digitize real world content and place that into structured form online,  raised $4M in a Series A funding round.

#Intel led a $15M, Series B funding round for ScienceLogic, which makes software used to manage IT infrastructure.

# Citrus Lane, which offers up a monthly, subscription service for infant and toddler products, raised $5.1M in a Series A funding. The round came from GGV Capital and Greylock Partners.

# DoubleDutch, a developer of mobile applications for the enterprise market, scored $2M in a Series A funding round. The round came from Bullpen Capital, Floodgate Fund, Mint.com’s Aaron Patzer, and YouTube’s Jawed Karim.

# Shape Security, a developer of web defense and security technology,  raised $6M in a Series A financing round. The round was led by Kleiner Perkins Caufield & Byers and TomorrowVentures.

# Metamarkets scored $15M, to help it with development of its big-data analytics service. The  funding was led by Khosla Ventuers.

# DITTO, an online e-commerce site focused on designer eyewear,  raised $3M in a funding round. August Capital led the round, which also included angels and friends and family.

# Freshdesk, which develops online help desk software, scored $5M in a financing round. The round was led by Tiger Global Mangement, and also included Accel Partners.

# AVOS Systems, the startup led by former YouTube founders Chad Hurley and Steve Chen, raised a Series A funding round. Size of the round was not disclosed. The round was led by New Enterprise Associates and Google Ventures.