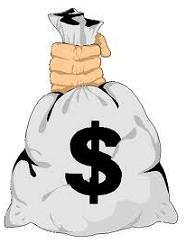 A practical “use of funds” is a crucial component of most startups’ financial plans. It is mostly tied to major milestones and the impact of such milestones are clearly spelt out in a working plan. Most tech companies can spend 70% of their funds on customer acquisition (sales and marketing). Once a startup receives funding, decision making does not and will not rely solely on the founders. Would you bootstrap your startup to success or take investment from angels or venture capitalists. The following startups scored millions of dollars in a single week. Other startups were acquired by tech giants.

# AnchorFree, a developer of Wi-fi privacy software which helps users protect the privacy of their web browsing transactions when using public Wi-Fi access points, has raised $52M in funding round. The round was led by Goldman Sachs.

# Google is the lead investor in the latest round for Machinima, a developer of videogame-themed videos. Machinima, which is heavily featured on Google’s YouTube video sharing site, raised $35M in a financing round led by Google.

# Sunnyvale-based Yahoo said over the weekend that it is selling its stake in Alibaba, a deal expected to provide the firm with approximately $7.1 billion. The deal is made up of $6.3 billion in cash, plus up to $800M in Alibaba preferred stock.

# AirTime, a stealth startup headed by Sean Parker, raised $25M in a second round of funding. The round was led by Kleiner Parkins Caufield & Byers, and also include as Andreessen Horowitz, Accel Partners, Google Ventures, and Social+Capital Partnership.

# CrunchFund, the venture capital fund run by former TechCrunch founder Michael Arrington,  acquired a stake in New York microblogging site Tumblr. Size of the stake, which apparently was acquired from early stage investors, was not disclosed.

# Kony Solutions, a provider of mobile application development platforms,raised $15M in a Series C funding round.

#  Ariba, the publicly held developer of business and procurement software, was acquired by SAP AG, in a deal worth approximately $4.3 billion.