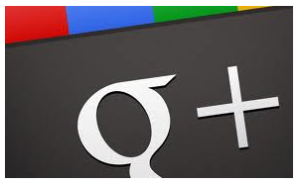 With over 25 million users signing up with Google + in the inaugural month of June 2011, it was and still is one of the fastest growing websites. The service has over 100 million users currently and is looking to have over 400 million users by the end of 2012.

Since Google+ is relatively a new product, it is still in the developing stages. There are constant updates and changes done to the website on a regular basis. Google + is making these changes based on the feedback it gets from its users or customers. This concept is bringing about huge changes on making this website, as user friendly as possible.

Based on a recent study more Twitter users are switching to Google + because the features are more simple and straight-forward to use. I personally feel blogging or commenting on Google + is relatively easier than Twitter, because I find they are more lenient in giving permission to the contents that can be posted compared to Twitter. Google + is trying to get the balance right by adding only the popular features of both Facebook and Twitter.

Google + is still in the process of uploading business and brand pages. Once this is done Google + is expecting a lot more users to sign up with them. Google + has a very big advantage than Twitter and Facebook when it comes to importing from other services. Google + being a part of Google do not have to import from any other network services.

The concept social circle that Google + uses is very much unlike the Facebook friends list. The social circle lets you segregate your friends and family into separate groups or lists. The main advantage in doing so, is sharing relevant material or messages with only a particular list of people available. These Social circles have classified sub social circles like best friends, family members, work mates, school friends and so on. A list of friends in one circle will not know the names or how many friends I have on a different circle. In Facebook friends list everybody knows everybody. There is absolutely no privacy though it is a social network.

Unlike Facebook and Twitter there is no size limit for comments or posts; this is a huge advantage for active bloggers, and there is no need for refreshing the page every time you want to see a new comment.

I strongly feel it is an understatement to say that Google + has not taken off yet! Google + is the next best thing in the world of social networking. Having a Google account makes it that much easier.

Author bio: This is a guest post by Mark Bennett of OnlineComcast.com, a site that offers savings and current information on comcast cable.