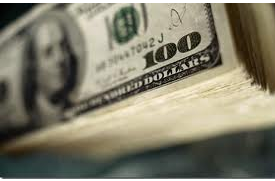 It could take lots investor pitches to secure seed funding. Entrepreneurs are constantly presenting their ideas to angel investors, startup accelerators and venture capitalists for funds to create the next big thing. But investors require a lot more to thread the same path with you and your idea. These 11 startups secured funding for the next stage of their businesses. And over $160 million dollars were given out in that process.

# Lucid, a developer of software for managing emergency medical, disaster management, and first response health records,  raised a funding round. Size of the round was not disclosed.

# Beintoo, which is developing a loyalty rewards platform aimed at mobile games, apps, and websites,  raised $5M in a Series A funding round. The funding came from Italian VC  Innogest Capital.

# Pantheon, a developer of a Drupal-based content management software product, scored $5M in a Series A funding. The round was led by Foundry Group.

# Blue Jeans Network, a provider of web-based, video conferencing services,  raised $25M in a Series C funding round. The round was led by new Enterprise Associates.

# Mountain View-based Traxpay scored $4M in a funding round , which was led by Earlybird Venture Capital. Traxpay is providing business-to-business (B2B) payment services, aimed at helping companies send and receive payments to suppliers.

# Solum, a developer of technology which helps farmers better measure the nutrients in their soil,  raised $17M in a Series B funding. The round was led by Andreessen Horowitz.

# Rocket Fuel, a provider of online advertising technology, scored $50M in a funding round. The round was led by Northgate Capital, and also included Summit Partners, Cross Creek Capital, Nokia Growth Capital, and Mohr Davidow Ventures.

# Practice Fusion, a developer of web-based, electronic medical records (EMR) software,  raised $34M in a financing round. The round was led by Artis Ventures.