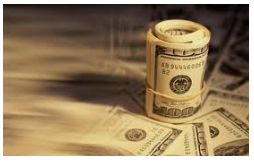 If you can deliver a convincing investor pitch, then your chances of obtaining funding can be greatly enhanced. And of course you should be solving a real problem to attract the kind of attention you expect. Among other factors investors can can make a decision about your idea or startup in that space of time when you are pitching. In your bid to secure funding stay on top of your game and make sure you have addressed the problem you are solving, how your intend to solve it, how you will make money, your plans for going to market, development plan, what your finances will look like in the next two years or more and the team of experts who will be running the business. These startups scored over $ this week.

# AlienVault, a developer of security management tools  raised $22.4M in a Series C funding round. The round was led by Kleiner Perkins Caufield & Byers and Sigma.

# Real5d, a developer of virtual model and simulation software used for visualizing real estate properties raised $1.2M in a Series A funding round. The round was led by DoubleRock Venture Capital.

# Github, which operates an online source code repository for programmers, scored $100M in a funding round. The round came from Andreessen Horowitz.

# Palo Alto-based Sonatype, which develops open source components and development software  raised $25M in a financing round. The round was led by new Enterprise Associates.

# San Francisco-based AdRoll, a developer of online advertising retargeting technology secured $15M in new funding, the firm said this morning. The round was led by Foundation Capital.

# Seculert, a developer of threat detection and security software secured $5.35M in funding, and set up a U.S. presence in Palo Alto. The firm, which develops malware detection tools, said the round was led by Norwest Venture Partners, and also included YL Ventures.

# Pocket Change, which is developing a virtual currency offering focused on Android games recieved $5M in a Series A funding round. The round came from Google Ventures, First Round Capital, Scott Banister, and Baroda Ventures.

# FuzeBox, a developer of real time, collaboration tools for the mobile and desktop market scored $20M in a Series A funding round. The round was led by Index Ventures, and also included Khosla Ventures and Insight Ventures.

# Jetpac, the developer of an iPad app which lets you browse and comment on your friends’ travel pictures, has a raised $2.4M in a funding round. The Series A funding came from Khosla Ventures, Morado Venture Partners, Jerry Yang, and others.