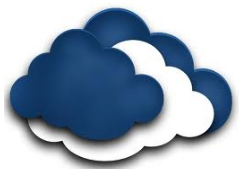 Office in the cloud has come to stay and Microsoft is catching up.  Microsoft’s new office 2013 includes Word, Excel, Outlook and PowerPoint – is used by more than 1bn people. It is the company’s biggest revenue driver, bringing in a whopping $15bn a year. Around 90 per cent of business PCs use it. And yet many people see the new version of Office, which will go on sale next year, as a pivotal moment for Microsoft. Office rivals or better still cloud office rivals  have been making  huge in-roads in office software and are providing it for a fraction of the price – or even free. The new Office retains enough of its familiar design to make sure long-term users still know how to use it despite its new cloud feature.

There are increasingly sophisticated cloud office rivals  out there fighting for a good percentage of the market share and Microsoft knows that. The new office allows files to be automatically saved on Microsoft’s SkyDrive platform. This is not new to most cloud office users. Collaboration on projects will be possible and Skype has also been incorporated into office 2013.

The Google Docs service is free and integrates seamlessly with its email and other products . Even though  Office 2013  is more robust constantly improving, the  basic operations of Google Docs makes it  more than adequate alternative to Microsoft.

Apache’s free open office product is a more powerful rival to Microsoft’s office 2013. It offers comparable text, spreadsheet and presentation services for none of the expenditure. It can also handle some of the more specialist operations that have been Microsoft’s forte. It may not have the best of designs but functions pretty well.

Apple’s iWork is the easiest way to create documents, spreadsheets, and presentations the Mac way. And it’s compatible with Microsoft Office. iWork integrates with existing applications from Apple’s iLife suite through the Media Browser, which allows users to drag and drop music from iTunes, movies from iMovie, and photos from iPhoto and Aperture directly into iWork documents

Zoho has been around for some time now and its quite popular as well.  It’s a subscription-based service that costs from $3 a month (rising fairly quickly as you add on extras like email or group chat). It comes with the added layer of customer support that you’d expect from a subscription service but at a fraction of the price of Office.

Text Wrangler, Mac’s word processing app is clean and easy to navigate and stable. If you need advanced features, look elsewhere but for the bare bones (which, appropriately, is the name of the developer), this will do you just fine. Text Wrangler allows for automatic backup of files when saving (optional).

Microsoft Office is still the market leader but it is increasingly having to fend off new rivals with new and current features that are geared towards the cloud.