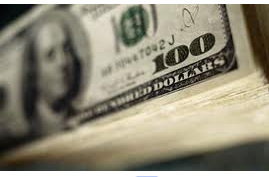 In a typical funding process, startups usually apply for funding among thousands of other startups. Companies or ideas with the most potential are selected for the next stage of the process. Usually business plans are screened to identify the right idea, product or service that best suits  the investor’s line of investment. The selected few are taking through due diligence, where statements made in business plans, presentations and financial projections are verified.  After a successful completion  of due diligence, a term sheet that defines the structure of the investment deal-type of equity and board of directors will be presented to the successful startup or startups. Closing a deal is mostly the beginning of an angel funding process. Successful companies  will have access to network of experienced contacts and professionals who can provide valuable guidance for growth. Startups seeking series of funding(A, B,C, D etc) normally go through a different process.  The following 12 startups successfully raised over $112 million funding this week.

Message Bus, a provider of cloud-based messaging APIs and software for sending email and mobile messages, raised $11M in a funding round. The round was led by North Bridge Venture Partners.

UrbanSitter, a startup which is hoping to make it easier for parents to find a babysitter, secured $6M in a Series A funding round. The San Francisco firm said that the round was led by Canaan Partners.

Referly, which operates a site which pays users affiliate fees for linking to and referring others to products,  scored $1M in a seed funding, the firm disclosed Monday. The funding came from New Enterprise Associates, Ignition Partners, 500 Startups, as well as angels.

Gridstore  raised $12.5M in a Series A funding round, for its storage technology. The funding was led by GGV Capital and ONSET Ventures, and also included its existing investors.

Splice Machine, which develops SQL-compatible database aimed at the big data market, raised $4M in a Series A round. The round came from Mohr Davidow Ventures.

BloomReach, which develops “big data” marketing applications, raised $25M in a Series C funding round. The round was led by New Enterprise Associates, and also included Lightspeed Venture Partners and Bain Capital Ventures.

Validity Sensors, a developer of fingerprint sensors and technology, scored $20M in a Series E funding round. The round was led by TeleSoft Partners, and also included prior investors Crosslink Capital, Panorama Capital, Qualcomm Ventures, and Venture Tech Associates.

Intacct, the developer of cloud-based accounting and financial management software,  raised $13.5M in a new funding round. The financing include both equity and debt.

Inigral, a developer of a Facebook app which helps universities better predict the interest of prospective freshmen in their schools,  raised an additional $3.25M in funding. The funding came from Retro Venture Partners and the Bill & Melinda Gates Foundation.

FundersClub, which operates an online site which streamlines and automates the process of making angel investments,  raised $6M in a seed funding round. The funding came from Y Combinator, First Round Capital, Chris Dixon, and Aaron Levie.

MongoHQ, a provider of hosted MongoDB database service, scored $6M for funding, the firm disclosed earlier this week. The firm–which has offices in Mountain View, and was part of Y Combinator’s Summer 2011 class–said the round was led by Trinity Ventures.