Money money transactions is Africa is growing at an amazing rate. The likes of M-Pesa (the Kenyan grandfather of mobile money), Mozambique’s mKesh, Easywallet in Nigeria, Kenya’s PesaPal, Ghana’s OzinboPay have recorded significant growth since launch. EcoCash, a mobile money service from Econet Wireless allows Zimbabweans to send and receive money quickly and easily with their mobile phones.

Econet Wireless Zimbabwe CEO Mr Douglas Mboweni announced at a press briefing on the company’s half-year financial results to the end of August 2012 that, money transfers made by urban dwellers to rural areas through it’s EcoCash have reached $70 million.

A total $300 million has been transacted since launch, and the service now has an agent network of more than 1,600.
He said EcoCash was now the most success­ful money transfer service in Africa after M-PESA in Kenya, which has over 14 million users.

EcoCash now has 1,7 million subscribers up from one million when it was launched last year. 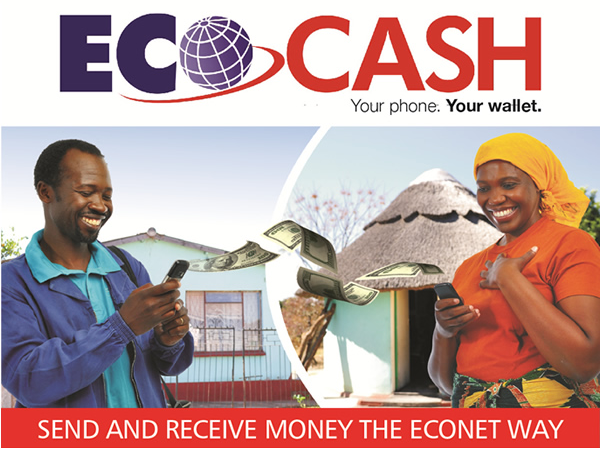