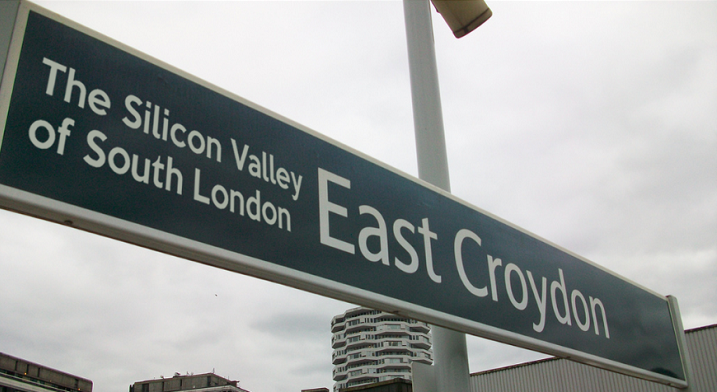 If you think of startup ecosystems around the world, what comes to mind?

Croydon, South London doesn’t immediately spring to mind as the most obvious area for digital and technical start-ups but that is due to change with the emergence of the Croydon Tech City movement.

Croydon Tech City is a community of Croydon locals who are committed to making Croydon an attractive home to early-stage technical and digital startups.

Founded in October, the past three months has seen the Croydon Tech City movement gain real traction within the borough as we’ve become a dynamic 200-strong collection of local software devs, VCs and tech founders, as well as politicians, teachers , journos and other community stakeholders – all of whom are unified by Croydon Tech City’s vision.

Although Croydon Tech City has its work cut out for it – that is to say, making Croydon the ‘Silicon Valley of South London’ – the outlook is promising:

Firstly, Croydon is already a ‘tech city’ of sorts by nature of it being home to over 600 digital, creative and software businesses – these include promising start-ups such as Famberry and Mojo Bones. The talent, infrastructure and network is already there – it just needs to be consolidated.

Secondly, Croydon has a burgeoning software developer community. Groups such as Croydon Creatives draw attendees from all around London, Surrey and beyond, and are a tremendous validation that devs will come from the centre of the capital to work and play.

Every startup ecosystem needs to have in its midst technology giants that have matured beyond startup mode and can provide a loci of inspiration for those just starting out. In Croydon, DotDigital Group PLC – a full service agency that operates internationally – occupies that position.

Those still sceptical of doing business in the borough need only look to locals Tink Taylor and Simon Bird, who founded DotMailer, a best-in-class email service provider, in Simon’s parents’ dining room. The company has now gone public and become a full services agency group with over 150 staff. Tink and Simon, remain proud Croydoners living and working in the borough with 8o of their staff are based in DotDigital’s head office opposite East Croydon Station.

Croydon also has past form when it comes to hosting large scale tech expos. DrupalCon in 2011 saw nearly 2000 delegates from around the world come to Fairfield Halls. There’s no reason why the venue could not be used for a whole host of other popular tech exhibitions and conferences.

Getting to client meetings need not be a saga of epic proportions: transport links from East and West Croydon to London terminals are, as many commuters will attest, often faster than travelling across London within Zone 1, with journey times from as little as 14 minutes.

East Croydon is also impeccably placed for developers and VCs who want to escape the city for Brighton, Gatwick or the greener, more affluent areas of Surrey.

Furthermore, Croydon has some of the most competitive office rents in London, and owing to the legacy of the 1960s is filled with light, airy, purpose-built office structures, rather than cramped, converted space. Most importantly, office space costs should be increasingly attractive to London companies which are feeling the rise in office space costs since Tech City’s rise to prominence.

Of course, startup ecosystems are not all developer clusters and cheap office space. There has to a thriving cultural offering as well. From Scream Studios to Matthews Yard, Croydon – the birthplace of Dubstep – caters for every musical taste. Furthermore, Croydon has a bustling foodie scene; such as the Great Croydon Bake-Off, the Croydon Eats Out! Group and the legendary Surrey Street Market. For the arty, Matthews Yard is host to all sorts of activities; artists-in-residence, fortnightly exhibitions and regular ‘gallery hops’ where locals meet and visit galleries around South London.  Not to mention the various festivals that occur in Croydon throughout the year.

Underpinning all of this is vibrant new media and social scene of entrepreneurial and proactive people who are doing great things and always happy to connect.

The point is in 2013 – whether you are a VC, a software developer or just an entrepreneur with an idea – Croydon Tech City is open for business and ready to become, ‘the Silicon Valley of South London’.

Author bio: Jonny Rose is the ‘Product Evangelist’ for content recommendation platform Idio, and Founder of    Croydon Tech City – a movement to make Croydon an attractive home for early-stage digital and technical start-ups. Jonny can be reached at: jonnyrose1 [at] gmail [dot] com.