2013 was the year of surprises and growth in mobile apps. Pocket was the readers choice, Bitcoin had and still has it’s ups and downs, Tinder was the dating app with a difference, Snapchat rejected a billion dollars, Candy Crash Saga topped the charts, WhatsApp pushes past 400 million monthly users, BBM was made available for Android & iPhone and downloaded tens of millions of times, DuckDuckGo proved to be a great alternative to Google with privacy concerns at its peak in 2013, Vine was and is still sensational.

2014 promises to be the year of the constant rise of mobile apps. Apps with a unique take on  visual content will still be popular with users. These are eight of the most promising apps to watch in 2014.

Any.do, creator of the to-do app has created Cal, a great alternative for your current calender app. CAL is a  smartly designed calendar app for capturing your appointments and events. The Cal app is pretty ans sleek with beautiful and intuitive controls.

The app syncs with Facebook Events, Google Calendars, Exchange calendars and iCloud calendars and contacts, allowing it to predict who you’d want to invite to events as well as where you’d like to host events. Cal was lauched in July 2013.

Codecademy, renowned as one of the best ways to learn programming languages launched Hour of Code in December 2013. The startup’s first iPhone app promises to pick up downloads in 2014.  The lessons cover strings, operators, and many other building blocks associated with computer science.

Similar to Codecademy on the Web, the iPhone app also has gamification elements, awarding you stars based on the number of questions you answer correctly on your first try.

Ranku is a discovery engine for online degrees from non-profit universities founded in June 2013 by Kim Taylor and Cecilia Retelle. Through curation and Facebook login-based personalization, its goal is to show you the best and most relevant universities.

You can search for a specific school or type of program, or browse top universities. Each school’s Ranku page includes info on descriptions of available degrees, price, minimum GPA, application due date, faculty profiles, student testimonials, and links to apply.

In September, Mark Cuban invested $500,000 in Ranku when the company was only 3 months old. 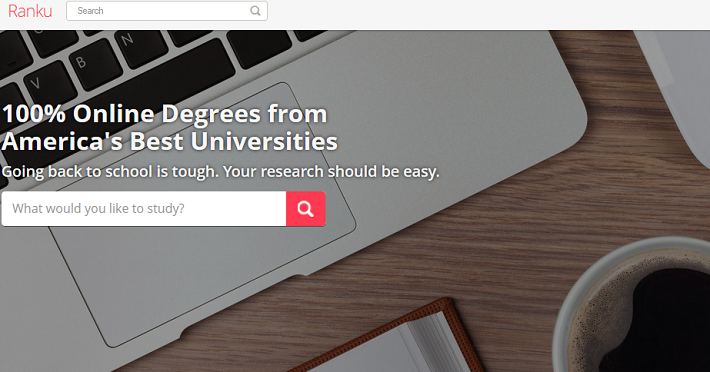 Nextdoor is a social network for neighborhoods in the United States. It allows users to connect with people who live in their neighborhood.

Neighbors must verify their addresses and use their real names so everyone gets to know each other, and the service can be accessed on the web as well as through its Android and iPhone apps.

The number of neighborhoods where it’s active has increased by 400% in the last year alone. The company claim to be active in over 22,500 neighborhoods across the United States. Nextdoor has raised $100 million in the last 19 months.

Canva is tool you can use to create and collaborate on design online. The service, which offers an easy to use drag-and-drop interface and access to over a million photographs, graphics and fonts, is aimed at the mainstream user who doesn’t consider him or herself a designer.

Urban Compass launched seven months ago to solve a big headache for urbanites: finding an apartment.

The app helps you find a great neighborhood and place to live in New York City. Search rentals and keep track of your apartment search online.

The founders raised $8 million before he launched Urban Compass, and the round was over-subscribed, investors wanted to give him more than $8 million. The company received $20M in Series A funding in September 2013.

Lyft is a transportation network whose mobile-phone application facilitates peer-to-peer ridesharing by enabling passengers who need a ride to request one from drivers who have a car.

Unlike traditional taxis, Lyft drivers do not charge “fares” but receive “donations” from their passengers.

Boxed launched in June 2013, Boxed allows consumers to order bulk items off their mobile devices with 1-2 day free shipping, with no membership fees. Boxed offers many of the same items you’d find at physical wholesale goods sellers in categories like Health and Beauty, Household, Grocery, and Kids and Diapers.

bulk goods are still cheaper than retail, but often inaccessible to city dwellers, require hefty membership fees, and are often plagued with long lines at checkout.

The startup has raised a seed round of $1.1 million from ENIAC Ventures, Social Starts, and Bessemer angel group 15 Angels. 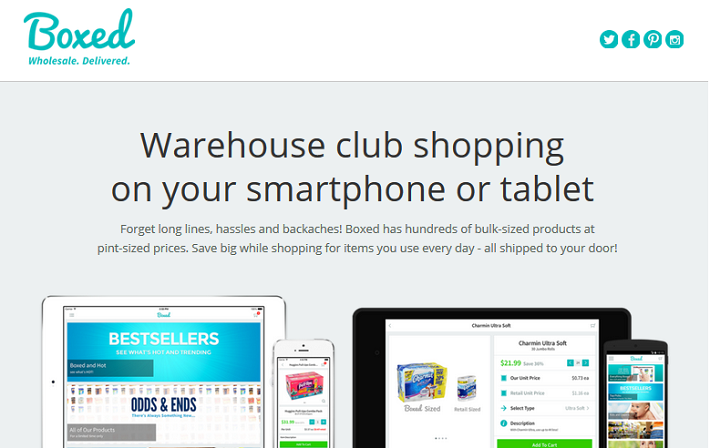 Which apps do you think will be most successful in 2014. Share your thoughts with us in the comment box below.

Why Are Professional Invoices Necessary?

What Are The Five Revolutionary Types of Marketing Tools Needed by Modern Marketers to Grow Their Business?

Going Green Is Great And Easier Than You Think