Many people only dream of becoming a CEO, but most would agree that this is a great goal to aspire to. Good CEOs need to possess certain traits in order to lead effectively. Experience and education both make a difference, but must be used in conjunction with good leadership skills. Otherwise, a natural leader with a bright future could end up being the type of CEO who ends up failing.

1. Maverick – One of the 6 types of bad CEOs, a maverick often ends up taking their independence too far. Some of the things done by maverick CEOs in the past that have caused problems include becoming too overconfident about unorthodox practices, using accounting methods that don’t conform to established standards and attention-seeking behavior.

One of the most reckless things that these leaders can possibly do is end up turning down offers to buy the company when their antics put it into financial distress. A CEO who makes that many mistakes will often find himself out of a job.

2. Despot – A despot is a classic example of what happens when somebody abuses their power. When someone at the highest level of leadership has a problem with power, it can easily infect the rest of the organization. A good leader in the corporate world needs to remember that he or she is accountable to others. When unethical business dealings come to light or leaders use company money for personal expenses, this causes the value of the company to plummet and the public to lose confidence in it.

3. Cowboy – A cowboy is very similar to a maverick, but takes things even further. Someone with this type of attitude throws out the opinions of their customers, employees and fellow board members. The problem with this way of thinking is that it can drive a stable company to financial ruin. Examples of bad decisions of this type include reinventing long-established brands with minimal or no input from others.

When all-important people, especially the customers, are excluded from this process, it can lead to steep declines in sales or location closures. Some companies continue to have problems even after such CEOs are replaced.

4. Loudmouth – This type of leader is more known for their opinions than their leadership skills. When leaders act as though their opinions are the only ones of importance and show no restraint, this makes things hard for everyone. One of the worst things about a leader with this attitude is that their opinions could be hurtful or otherwise offensive.

It gets worse when these opinions include harsh or otherwise inappropriate attacks against anyone who disagrees. CEOs need to maintain a proper perspective where they remember that they are, first and foremost, a representative of the company.

5. Hesitator – Hesitation and procrastination are two of the most damaging traits that a person can have, especially in the business world. In some ways, this can be as bad as being too overconfident about making changes. A successful company needs leaders who can not only see the changes that need to be made, but be willing to act on them.

Opportunities to make major changes that result in success often have a short window of time that they can be taken advantage of in. It is never worth it to miss out on good opportunities that allow competitors to gain too much ground.

6. Gambler – For many, the idea of someone being considered to be a gambler is far from complimentary. CEOs who act like gamblers make reckless decisions without any regard for how they will impact everyone else in their organization. Many feel that traits associated with good card playing, such as bluffing, don’t work as well away from the card table. Leaders need to be able to make the distinction between a calculated, necessary risk and a gamble that ends in disaster.

The decisions that CEOs make both in and outside the workplace are good indicators of their overall leadership. Sometimes, it can be hard to draw clear lines between actions that will lead to success, in spite of the risk and those that will lead to failure. One of the things that distinguishes a CEO who makes the right decisions from one who makes the wrong ones is having and making use of a support staff.

Good CEOs practice openness and transparency in all areas. They take good advice when it is given to them. Most importantly, they give a lot of weight to the opinions of both their employees and their customers. 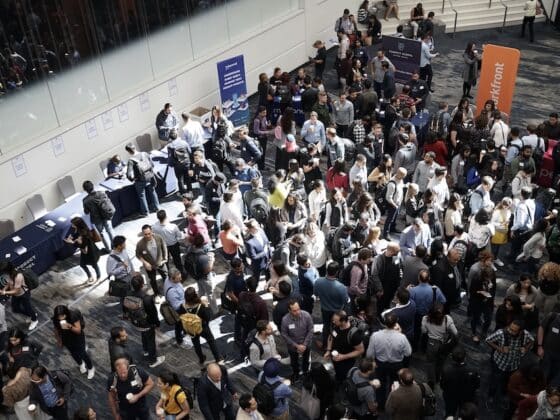