The Nintendo Switch is a huge success and with the right skill, developers can find innovative ways to exploit its unique features.

Boomerang Games has created a metroidvania style game with RPG elements, build to use every capability of Nintendo Switch console, THE SEASHORE.

The game has a breathtaking atmosphere of Fantasy Post-Apocalypse, solid gameplay, thrilling storyline and well-rounded characters for two players.

Your friend and you will play for two characters – a soldier named “Gunman”, who’s no longer young, and for a swordmaster, “Spark”. Both characters have radically different abilities and characters, but they are united by one goal – to get to the “Seashore”, the mysterious place where an ill becomes healthy and the dead becomes alive…

The gameplay is built around player interaction. This is the main reason why we chose NINTENDO SWITCH. This console is the most suitable for the game and allows you to play how you wish – not only on one console and on different joycons, but also on the local network or the internet. On your way you will face many enemies, most of which you can’t beat alone, because different characters kill different enemies with greater or less efficiency. 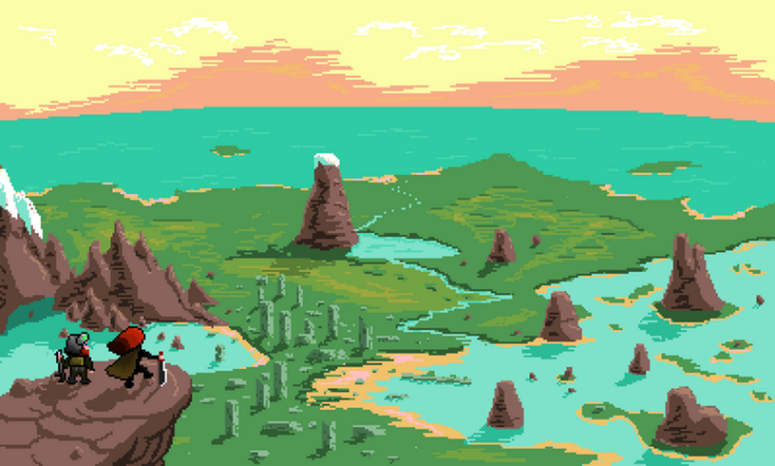 This also regards various obstacles that you will encounter during the next puzzle, but in addition you will still have more complicated obstacles – people populating this world. In dialogue with the characters you will have several options for an answer, and the answer you choose will mostly depend on: From further relationships with a definite person – to the choice on which will depend kind of destiny is for the New Humanity.

You can safely navigate the city, in search of something or just for fun – Boomerang Games wants to make everything as fascinating as possible. The game has an enjoyable mechanics of heroes, an exciting story with a lot of branches and unexpected twists that will remain in your memory for a long time.

To learn more about The SEASHORE game or support Boomerang Games, check out their Kickstarter page.