Titanicus is a monster that first appeared in 1912, destroying the R.M.S. Titanic. The large spike on his back has often been mistaken for an iceberg which is why many people blamed the sink shipping on an iceberg, as hardly anyone wanted to believe the idea that a giant monster had risen from the ocean to wreck havoc upon what had been deemed an unsinkable ship.

The team behind the project decided that a beast of such power deserved a beautiful high-quality statue made of it, they have created Titanicus, a 30 cm Kaiju figure.

The Titanicus project has been launched on Kickstarter to raise funds.

What Titanic Creations wanted from this kaiju was a modern look, but at the same time keep the classic man in suit look. The team also understand that you want to know who the monster is, therefore, they will include with each figure a short 8-page origin comic when the product ships. There also will be a full 24-page comic available. 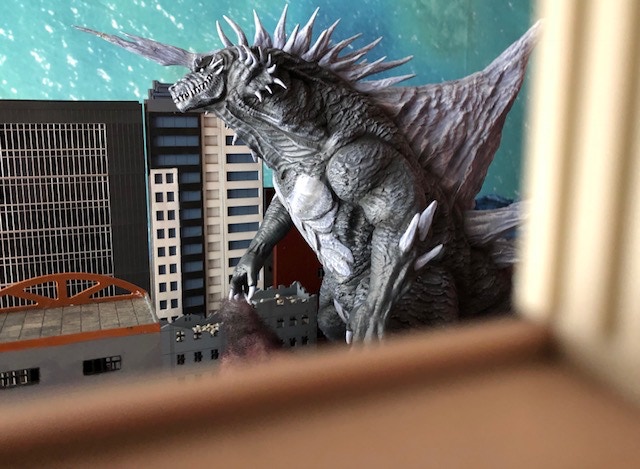 Well known 3D artist and kaiju enthusiast Dopepope did the entire sculpt on Titanicus. There is not one millimeter of this figure that has not been sculpted with the utmost attention to detail.

The figure is in line with what you would expect from X-Plus’s kaiju figures, but Titanicus has much deeper texture. The paint job and cast are both done by the carefully selected factory in China, so we already know the quality of figure they will produce.

The dimensions of this figure are also quite impressive. Titanicus stands at 30 cm tall and over 70 cm long. When you get this figure, you will have a unique piece to add to your collection. 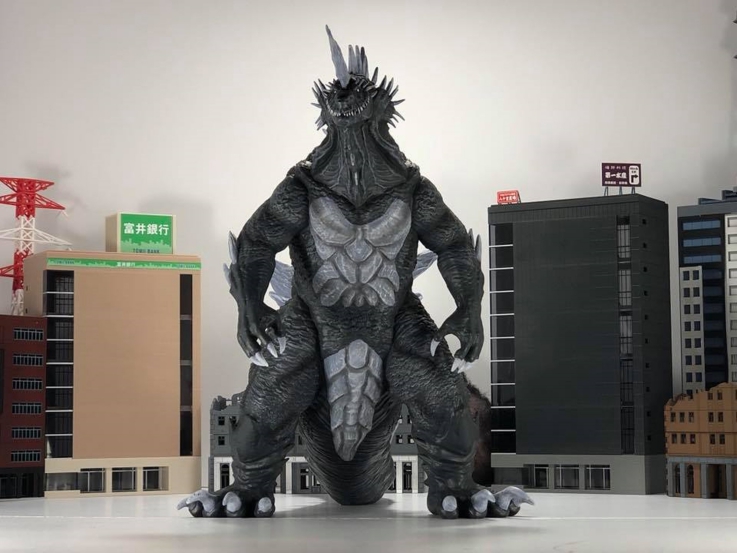 Titanicus is the first monster created by Titanic Creations LLC but they have plans to create many more and in fact, have a second monster already in the design cue.

The team plans an ongoing comic series with the monsters introduced with origin comics included with the figures and then appearing in our full-size comic books. They also have other items in the design cue to compliment our line of giant monsters.

Support the Titanicus project on Kickstarter.