April Cox, author of The Little Labradoodle series of books has partnered with Len Smith, award-winning former Disney Illustrator who created Toon Town (Who Framed Roger Rabbit) and characters in the popular children’s series Bonkers and the Emmy Award-Winning New Adventures of Winnie the Pooh, to bring her first picture book in The Little Labradoodle series to life! 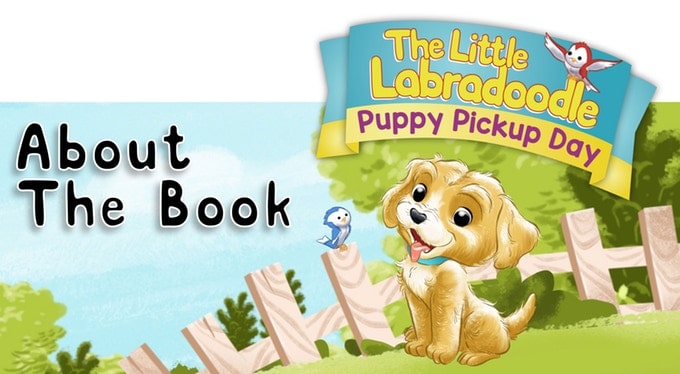 This first book starts by introducing their Little Labradoodle who is very small, insecure and has trouble doing things that come easily to his siblings.

A small puppy on a BIG adventure!

Too small to play with his brothers and sisters, the smallest labradoodle puppy wanders a little too far and gets lost – but will he make it back in time to meet his new family?  Will they love him even though he is so small?

Journey alongside a small puppy with a huge heart in this encouraging story with underlying themes of friendship, kindness, acceptance of self and others.

There’s nothing like the excitement of puppy pickup day for their families!

Kids will love these characters – from the adorable Little Labradoodle himself to the silly rabbits and other characters that follow him throughout the story after he finds himself lost.

Here is a quick teaser video

The primary goal of the Kickstarter campaign will pay for: