When I first arrived in Berlin the city was cold and damp, blanketed by a stark grey sky. I had just arrived from the sunny shores of Sydney, Australia, and a 25 degree difference in temperature marked the change in atmosphere abruptly. So, why was I here, in a dark city dusted with cold flakes of snow?

As a keen student of entrepreneurial culture and a follower of the startup dream, I was here for one reason; to learn from the best and embark on a journey towards success. And I wasn’t the only one. Tens of thousands of people just like me were already here, and more are arriving every day, chasing the dream.

Entrepreneurial culture in Berlin is at an all-time high, with local startups thriving and international entrepreneurs flocking to the city to start a venture. Today I’d like to tell you the reasons why… 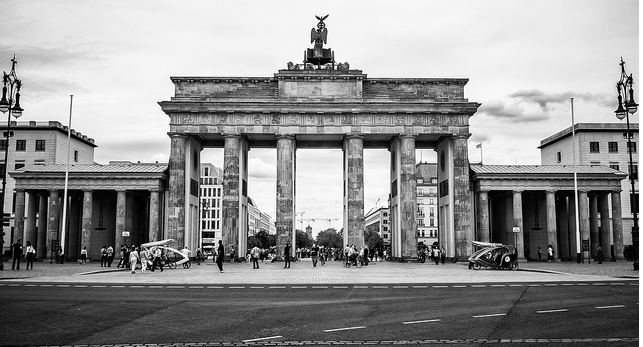 Berlin is as Cheap as Chips

Compared to many of the most popular international cities, Berlin is ridiculously cheap. Monthly rents for a shared apartment can be as low as 200 euros, with rooms in the coolest suburbs ranging between 300 and 400.

If you plan on moving to Berlin as a startup group, a team of 4 members can rent living and working space for less than 500 euros a month, each.Add in the reasonably priced food, cheap and efficient transport and affordable internet connections and you have yourself a cost-effective base for focusing on the important things, like finding the right business model and building a solid product.

Berlin is Full of Like-Minded People

As we’ve mentioned here before, Silicon Valley is not just a location, but a mindset. One of the benefits of living in a startup hub is the networking connections that you can make. While it is technically possible to build a great startup from anywhere in the world, the opportunities and serendipitous connections that are presented in a city like Berlin are priceless.

If you’re searching for a partner there is no shortage of meetups held throughout the city each week, and a large number of accelerators and seed funds hold regular get-togethers to hear pitches and evaluate the new generation of new economy businesses.

The German Economy is Strong and Stable

The economy in Germany is strong, so there is a lot of movement of skilled engineers from other countries in Europe that aren’t doing so well. This provides startups with a continuous supply of fresh and affordable engineering talent, whether you’re hiring or offering equity for techies to join your venture.

While Germany in general is benefitting from this flow of talent, Berlin is really reaping the rewards as its reputation as a startup hub makes it the obvious destination for engineers.

Berlin is a Cultural Dynamo

Although the reputation of Berlin as a city for the wild youth is known internationally, there is much more to it than that. The city itself is vibrant and carries an air of exuberant creativity, with musicians, artists, authors and actors adding to the melting pot alongside the mad inventors, ambitious business people and innovative engineers.

The general vibe of the city can add vivacity to the creative process of building a business, and the influx of fresh ideas can be especially helpful if a pivot is in order!

The proximity to Europe’s other financial centers makes Berlin a great base for startups during the investment phase. While there are a number of locally based venture capital firms looking for new startups to invest in, there are also major investors based just hours away in London, Paris, Denmark, Ireland and Geneva.

While there is an element of self-celebration and worship among some sections of the culture, the entrepreneurs in Berlin are largely the same as those found anywhere else in the world; enterprising, ambitious, optimistic and hard-working.

You Can Fail Without Shame

In many places in Germany, the business culture is still quite traditional. As a result, failure is not championed and even frowned upon – exactly the opposite of the culture in entrepreneurial hotspots like Silicon Valley.

Berlin has imbued itself with a forward-thinking culture that embraces the entrepreneurial ideals, meaning that failing in Berlin is not the scarlet letter that it can be in other parts of the country.

If all of those points don’t convince, maybe nothing will! As far as I go, well, I’m still here working for one of the most successful startups in the country and loving every minute of it. When I arrived the city may have been cold and damp, but it didn’t take long for the Berlin summer to flourish, bringing energy, warmth and sharp lashings of colour to one of the best startup hubs in the world.

Author: Jacob E. Dawson lives in Berlin and works with Delivery Hero, one of the most successful food delivery startups in the world. Follow Jacob on twitter @jacobedawson and on Google+.