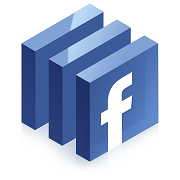 Julius Caesar was ambitious. Its as simple as that. Can we say same for facebook. Facebook unveiled its ambition at the just ended f8 conference. A lot of application were also launched. Among them were the famous " Like" button and the new Docs facebook app. Microsoft intends to be a part of the ambitious project. But wait the ambitious pronouncement is still to be discussed.