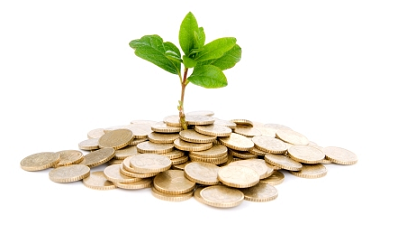 In the month of May, a total of $101M was raised in funding by 9 startups. Funding has always been crucial at some point in any startup’s development process. Angel investors and venture capitalists have been involved in most startups they believe can bring the most return on investment. The month of June 2010, witnessed a lot of startup funding. A few of them are captured on this list for your attention.
Castlight Health, a search engine for medical care, closed a $60 million third round of funding, according to a filing with the SEC. The Cleveland Clinic is an investor in the San Francisco based company. Source : Continue reading

Zenprise, a company offering tools for IT departments to manage their team’s smartphones, raised $9 million in new funding. . source

Extreme Reach, a video advertising platform, closed a $9 million second round of funding. The round, which was led by Village Ventures, included $7 million in equity and $2 million in debt financing. Greycroft Partners and Long River Ventures also participated. venturebeat

Format Dynamics, a Denver startup that optimizes advertising on a printed web page, closed a $5.5 million second round of funding from a private investment group and existing investors. With its CleanPrint software, the company reformats online articles into a magazine style with targeted ads when printed. Format Dynamics creates both new revenue opportunities for publishers and increased exposure for advertisers. Reported by Venturebeat

Magnetic, a startup that uses search engine data to help advertisers reach the right audience, raised $4 million in its first round of institutional funding. Continue

Crowdcast, a startup that helps companies make better decisions by harnessing the knowledge and opinions of their employees, raised $6 million in new funding from Menlo Ventures. San Francisco-based Crowdcast provides what it calls “social business intelligence.” Crowdcast is all about finding the knowledge in your workforce. Further reading

Host Analytics, developer of financial software for businesses, announced it had secured a third round of funding for $15 million. This brings its total funding to around $30 million. It will use the funding to continue product development and feed marketing as well as sales. Host Analytics helps companies use Web-based software to help companies manage their budget, forecast their revenue, consolidate financial reports, and more. venturebeat

SoGeo, a service that collects and analyzes location data for users and their photos and videos, secured a first round of funding for €1 million. The funding will be used to continue product development and market SoGeo’s mobile and Web apps to the public.

Marin Software, a company offering tools to help advertisers manage their search ad campaigns, raised $11.2 million in a fourth round of funding.

Danish VoIP technology company Vopium received a $16.5 million capital injection, expanding its group of owners with telecom investor Raghuvinder Kataria, one of the early backers of what is now Bharti Airtel (one of the world’s largest telecommunication service providers). source : Techcrunch

San Francisco-based startup Triggit closed a $4.2 million funding round led by Spark Capital and Foundry Group. As part of the deal, Seth Levine (Foundry) and Santo Politi (Spark) will be joining Triggit’s Board. Read more

Pearltrees, a social tool for discovering and organizing Web content, announced a second round of funding for €1.3 million . The funding will be used to expand globally, especially in the US. Pearltrees is a free online social network that allows users to tag (or “pearl,” in the site’s parlance) content on the Web and share it with others who have similar interests. Source: Source

Kontagent, a company that provides Facebook application analytics, raised a $5.9 million first round of funding according to a recently filed SEC form. Kontagent has developed an analytics tools for Facebook application developers looking to gain helpful insight into how their apps are doing. Reported on Venturebeat