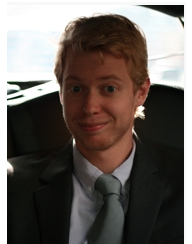 Steve Huffman graduated from the University of Virginia with a degree in Computer Science in 2005. Immediately after leaving Virginia, he founded reddit.com with his college roommate, Alexis Ohanian. In October 2009, Steve left reddit. Steve is now a co-founder of the travel search site hipmunk.com

Huffman’s newest venture, Hipmunk, aims to eliminate the pain and headaches that are associated with online flight searches.

Steve’s thoughts on startups and entrepreneurship

# With Hipmunk I’ve been more cognizant about having a life. I work daytime hours, and I don’t work quite as a late. But I also know a lot more, so we get more done in less time.
# I almost threw up just before we launched because I had a lot more to lose in terms of reputation. I was terrified.
# If you’re coming out of college, you’ve got nothing to lose. Whether you succeed or fail, you’re going to learn a ton, and you can only improve.
# If you’re a startup, if you haven’t built anything yet, you’re not Apple. You don’t have anything to gain from being secret.
# I’m just better. Better at programming, at css and html, better at designing things. Five years of experience made a huge difference.
# The goal before you build something is sign people up to your idea. Get investors interested, get developers and business guys interested in working with you…if you’re just getting started, nothing’s a secret.
# If anything, I saw Digg’s failure coming—I didn’t see the success of Reddit
#One of the things that made Reddit special in the beginning and brought users over from Digg and Slashdot is our community was small and felt small and was a cool place to hang out.
# When I’m talking to other founders, I tell them that it just comes down to making sure you’re building something people want.
# Building something people want means not coding in a vacuum, and developing habits like Steve Blank’s idea of a feedback loop with users.