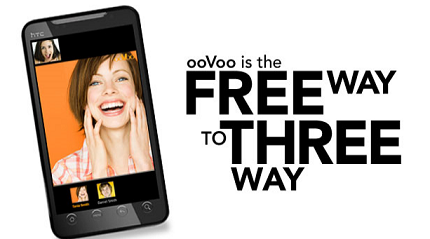 ooVoo one of the largest video calling service in the world with 24 million users, officially launched free 3-way video calling for users to connect with family, friends and colleagues from smartphones, PCs and Macs. This “always free” service for up to three users was announced following a successful promotion that expanded the service from free 2-way calling capability.

“We listened closely to ooVoo users who have been asking for free expanded multi-point capability,” said Philippe Schwartz, CEO of ooVoo. “ooVoo continues to raise the bar in the fast-growing video chat category as we create competitive advantages over Skype that will bring more satisfied users to video calling powered by ooVoo.”

This service works over Wi-Fi, 3G and 4G to simultaneously connect smartphone, PC and Mac users.