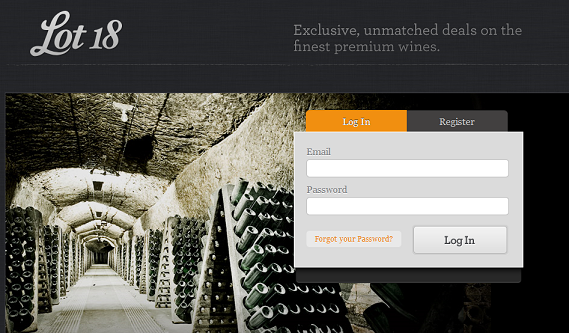 Cofounders Philip James and Kevin Fortuna say their company is generating 7-figures in sales every month. “We’re up to 220,000 registered users. That number is growing by well over 1,000 new users per day. Most of it is happening via word of mouth. Some of it is virality.

Fortuna says he expects Lot18 to be profitable one year from now. Then again, at the rate Lot18 is growing (50,000+ new users per month), profitability could come much sooner than that.

Lot18 is a membership by invitation website for wine and epicurean products from coveted producers at attractive discounts. Members have access to some of the finest wines and specialty foods, made available in small quantities at extraordinarily low prices. Lot18 evokes the auction lots of old, where savvy consumers were able to bid on fantastic products at incredible values.