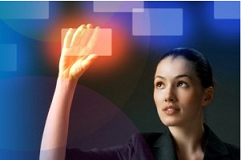 Corduro, a social mobile payment company has developed a system to harness the true potential of mobile commerce.

Corduro wants you to walk into your favorite coffee shop and check-in using an app on your mobile phone. Your social network status updates and the coffee shop’s menu appears on your phone. In just a few clicks, you pick your favorite drink and pay with the convenience of your phone. There’s nothing more to do but wait for your name to be called. No lines to stand in and…you never pulled out your wallet.

Corduro is hoping to provide a potent challenge to mobile payment providers like PayPal and Square, as well as back-end payment processors and customer relations software providers.

The company has built a cloud platform that allows it to offer a host of features, including a digital mobile wallet service for consumers as well as a payment service and back-end CRM system for merchants.

According to Corduro, which came out of stealth mode Wednesday, merchants and people who accept payments through Corduro pay up to 30 percent less in fees.