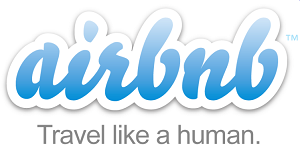 Airbnb a short term rentals company is a classic Silicon Valley story of bootstrapping, rejection and eventually success. Brian Chesky and his co-founder, Joe Gebbia, decided to start a company, and they moved to San Francisco. There were just two little problems: They didn’t really have a startup idea and they didn’t have the rent money. There was a design conference in the city, and there were no hotel rooms for rent.

Joe and Brian thought, it would be cool to rent air mattresses to conference visitors and make enough cash from that to make rent. Three people bought into the idea. That little idea turned into what is now AirBnB. Today Airbnb has over 110,000 unique listings available in more than 13,000 cities and 181 countries. The company has raised $7.8 million from Sequoia Capital and Greylock Partners and recently received $100M in Unattributed funding.

Here are the things I think you should copy from Airbnb. Brian Chesky, Founder/CEOof Airbnb.com shared these lessons in various interviews.