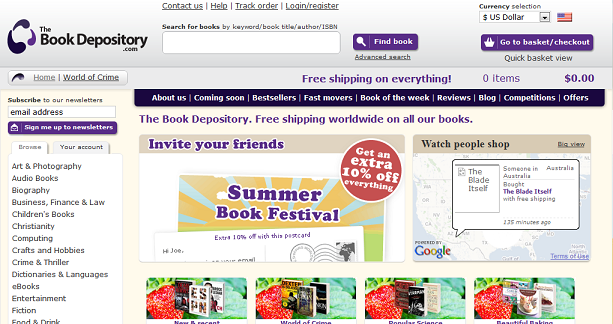 Amazon and The Book Depository stand as practically the only international online bookseller brands of note in countries like Australia. In many countries, the merger will create an effective monopoly.

The Book Depository is the UK’s largest dedicated online bookseller, offering the largest range of titles in the world, available for dispatch within 48 hours. Founded in 2004 to make ‘All Books To All’ we focus on selling ‘less of more’ rather than ‘more of less’, differentiating ourselves from other retailers who increasingly focus on bestsellers.