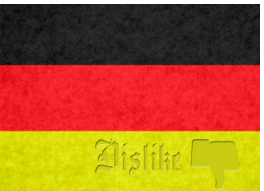 Schleswig Holstein’s data protection commissioner, Thilo Weichert, on Friday ordered state institutions to shut down fan pages on the social networking site and remove the button from their websites, saying it leads to illegal profiling. Weichert says analysis by his office shows Facebook builds personal profiles on users and non-users that infringe upon German and European data protection laws.

In a statement, the data-protection organization urged Internet users “to keep their fingers from clicking on social plugins” like the Like button to avoid being profiled.

“We firmly reject any assertion that Facebook is not compliant with EU data protection standards,” a Facebook spokesperson said in another statement. “The Facebook Like button is such a popular feature because people have complete control over how their information is shared through it. For more than a year, the plugin has brought value to many businesses and individuals every day. We will review the materials produced by the ULD [the data protection agency], both on our own behalf and on the behalf of web users throughout Germany.”