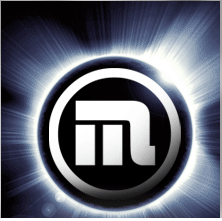 MXit is a free instant messaging application developed by MXit Lifestyle (Pty) Ltd. in South Africa. MXit allows users to send and receive one-on-one text and multimedia messages to and from other users, and in general chat rooms. MXit also supports gateways to other instant messaging platforms such as MSN Messenger, ICQ and Google Talk.

“We bought MXit because it is the biggest digital community in Africa, and as far as we are concerned it has the best chance of success for any social network here,” said Knott-Craig who has been eyeing MXit for five years.

MXit was launched in 2005 by Heunis. “Creating and building MXit has been an enormously interesting journey for me, and I have had a lot of fun, but it is time to inject new and young energy into the company, and I believe that Alan and his team will do a superb job,” says Heunis.

In an interview with Memeburn, Heunis said: “Twitter does 8-billion messages a month, MXit does 22-billion a month. Your average Facebook user spends 15 hours a month on Facebook, your average MXit user spends 45 hours month on MXit, people don’t know this. It is a massively engaged, massively active audience.

MXit has more than 43 million registered user accounts in 120 countries. Some 250 million messages are sent every day. MXit revenues are derived from content and advertising sales.

This deal is possibly the biggest of its kind in sub-Saharan Africa, Knott-Craig says.