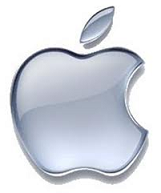 Apple has confirmed its acquisition of Anobit-an Israeli flash-based memory company. Steve Dowling, a spokesman for Cupertino, California-based Apple, said that the purchase had been made, but declined to elaborate. The statement confirmed a December report by Israeli newspaper Calcalist.

“Apple buys smaller technology companies from time to time and we generally do not discuss our purpose or plans,” Steve added in an interview reported by Mac Rumors.

Apple reportedly paid $400-500 million for Anobit, but neither Apple nor Anobit has confirmed the purchase price. Anobit specializes in signal-processing technique that improve the performance and reliability of flash memory. The company’s technology is reportedly already being used in a number of Apple products including the iPhone, iPad, and MacBook Air.