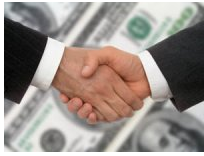 Another funding week is over, and these 8 startups have secured funding.  Funding is a lengthy process but if you do not give up, your startup will be the next one tto raise funds in the near future to take your product to the next level, expand your network and partners and grow your business. But you do not necessarily need funding to succeed. Look into bootstrapping, you could take your business up the success ladder without venture funding. Friends and family are good  alternatives to funding as well. These 8 startups are in focus this week.

1. San Francisco-based RichRelevance, which develops personalization software used by e-commerce retailers and others to recommend relevant products,  raised $20M in a new funding round. The round was led by Crosslink Capital

2. Gumroad, which is developing mobile payments software to help users sell items using only a simple link, raised $8M in a Series A funding round.

3. Pricenomics, an online site which provides an estimated price of products to users, scored $1.5M in a seed funding round. The funding came from Andreessen Horowitz, Spark Capital and SV Angel.

4. Neuvora, a developer of a big data analytics platform,  raised a first round of institutional funding. Size of the funding round was not disclosed. Nuevora said the funding came from Fortisure Ventures.

5. Leap Motion, which develops motion control software, secured $12.75M in a Series A funding round. The round was led by Highland Capital Partners.

6. Flint Mobile, a developer of a mobile payments app targeted at small businesses, raised $3M in a Series A round, the firm said today. The firm, which is led by co-founder and CEO Greg Goldfarb, said the funding came from Storm Ventures and True Ventures.

7. Coupa Software, which develops spending optimization software for the business market, raised $22M in a Series E funding round. The round was led by Crosslink Capital.

8. Drawbridge, a developer of mobile advertising targeting software, scored $6.5M in a Series A funding round. The round came from Kleiner Perkins Cuafield & Byers and Sequoia Capital.