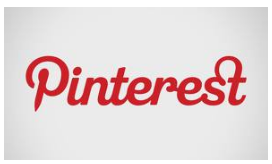 Pinterest, the third most visited social media site, behind Facebook and Twitter, and ahead of both LinkedIn and Google+ is now finally open to the public. Until yesterday, you still needed an invitation to join. After two years and a lot of buzz and publicity, Pinterest finally opened its registration to the public.

The company stated in a blog post, “we’re really excited to have the capacity to offer Pinterest to more people and if you’re a Pinner with friends who’ve been waiting on the sidelines, we hope you’ll let them know. Happy pinning to everyone!”

Pinterest is a pinboard-style social photo sharing website that allows users to create and manage theme-based image collections such as events, interests, hobbies, and more. Users can browse other pinboards for inspiration, ‘re-pin’ images to their own collections or ‘like’ photos.

For January 2012 comScore reported the site had 11.7 million unique U.S. visitors, making it the fastest site ever to break through the 10 million unique visitor mark.

On May 18, 2012 Pinterest is raising $120 million in a funding round expected to be announced Thursday or Friday morning, according to multiple sources. The investment, Pinterest’s third, places the two-year-old social bookmarking site’s valuation in the range of $1 billion to $1.5 billion.