The marketing department at Paddy Power must be an incredibly fun place to work at the moment as they continue to conjure up a sequence of headline grabbing stunt. Their gatecrashing of the Brit Awards red carpet in February 2014 was no different.  Daft Punk’s new album Random Access Memories was the talk of the town and when Daft Park turned up at the Brit Awards in their robot helmets and suits, stars such as Katie Perry and Beyonce were obviously keen to mingle with them. They shocked the onlooking superstars and paparazzi alike when, in true Chippendales fashion, they ripped off their trousers to reveal bright green Paddy Power pants. The impostors were promptly removed from the red carpet, but not before hundreds of photos had been taken ready for circulation. 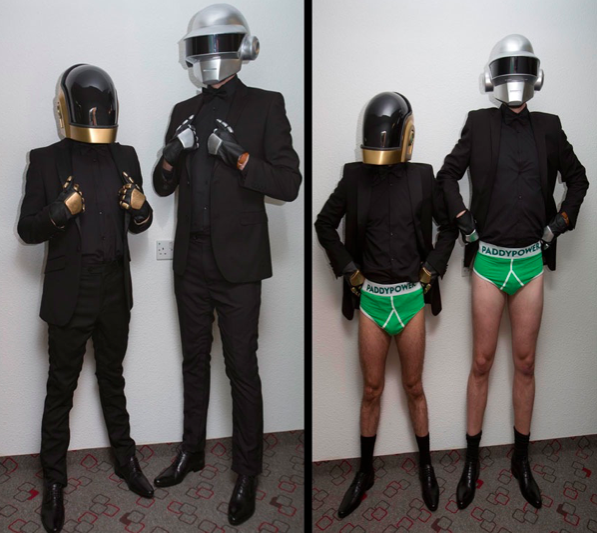 At the start of 2014 Pepsi launched their new ‘Unbelievable’ marketing campaign. Hosting videos on their YouTube channel entitled The Unbelieveable Channel, they set about generating videos from a national outdoor campaign featuring the general public. The most spectacular of these was footage of Londoners interacting with an augmented reality bus shelter on New Oxford Street. Bored commuters were jolted into life as the high tech bus shelter (posing as a clear pane of glass) began to play tricks on them. Thinking that they were looking down the street, the stunned travellers were suddenly confronted with laser wielding robots, escaped tigers, flying saucers, and meteorites…  just watch it; it’s only a minute and a half and it’s good. 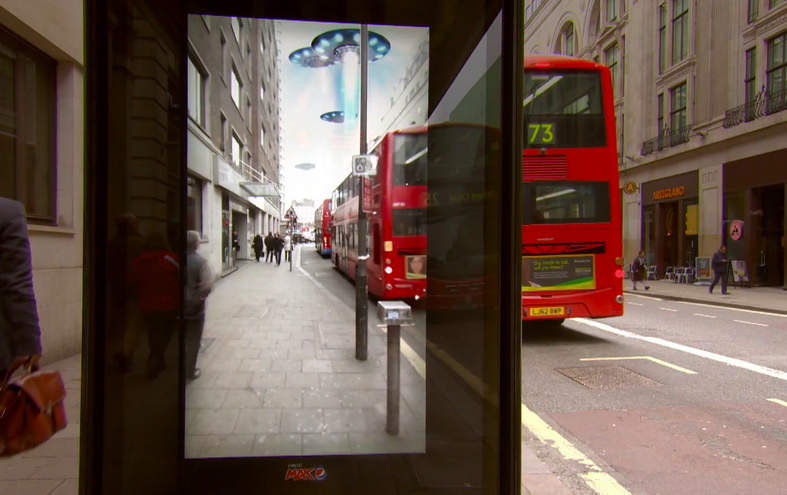 3. Pirates hang out on the thames

Back in the 1800s it was a common sight to see pirates swinging in gibbets (you know the thing in Robin Hood: Prince of Thieves that Alan Rickman has Brian Blessed squeezed into) along the banks of the Thames as a gruesome reminder to the public about the shortcomings of a pirates life. However, on a misty morning in April 2014 it wasn,t the sight that many Londoners expected to stumble upon during their daily commute. Along the very same stretch of the Thames where Captain Kidd and over 100 of his followers were strung up in 1701, passersby were taken aback by the first public gibbeting since 1830. The aptly named Mischief PR were behind the stunt designed to herald the launch of the new pirate drama Black Sails, which became available on Amazon Prime Instant Video in April. 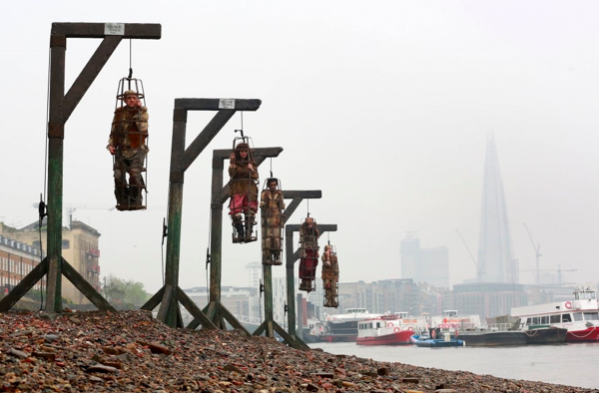 The shocking “F**k the Poor” campaign, saw a number of Londoners really riled up on camera. The  footage was created by The Pillion Trust in order to galvanise Londoners into giving more to poverty charities after the country saw a 20% drop in charitable donations in 2013. The video shows a number of pedestrians taking great offence to a man who is walking around with a sandwich board that says “F**K THE POOR” on it. Disgusted by the message on the sign, a number of people stop and engage in heated debates with the billboard holder. The video then displays the message “WE KNOW YOU CARE” before continuing with footage of the same man being completely ignored whilst standing in a crowded high street with a board that says “HELP THE POOR”. Powerful stuff. The video has now had over four million views and is well worth watching and sharing. 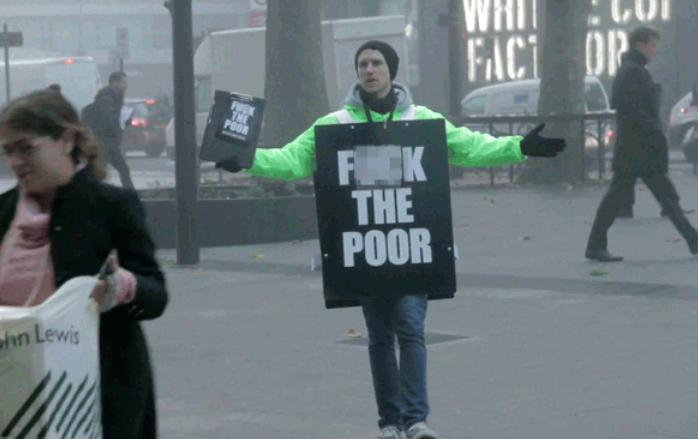 Uber were at it again in July 2014, whipping up another stir in the news but this time with hundreds and thousands on top. The private driving service has had its fair share of heat in the press recently but they acted quickly to cool things down by offering on-demand ice creams to all Londoners. On the hottest day of the year to date Uber hired a team of promotional staff from events company LOLA and rolled out a fleet of retro ice cream vans across the capital. Anyone with an Uber app on their phone could select the “Ice Cream” option and summon a Mr Whippy vending van straight to their location. The stunt was also simultaneously popping up on iPhone and Android apps all over the world in 144 cities, across six continents (Uber judged that Antarctica could do without any frozen treats).