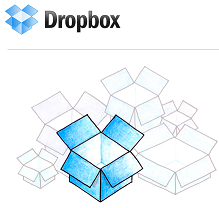 Dropbox, a free service that lets people bring their documents, photos and videos everywhere and share them easily, today introduced Dropbox for Teams. With Dropbox for Teams, businesses can now experience the same ease-of-use along with new administrative controls, centralized billing, phone support, and plenty of space for everyone on the team.

How Dropbox for Teams Works
Dropbox for Teams delivers the same user experience as the free Dropbox service. Changes sync immediately across all devices which have Dropbox installed. Dropbox is compatible with nearly every computer and smartphone operating system, including Windows, Mac, Linux, iOS, Android, and BlackBerry.

Like Dropbox, Dropbox for Teams is a secure solution. Files are stored encrypted on Amazon S3 in secure data centers and also remain on users’ Dropbox-synced computers for added backup.